Is Spit Shining Your Shoes Really a Thing? 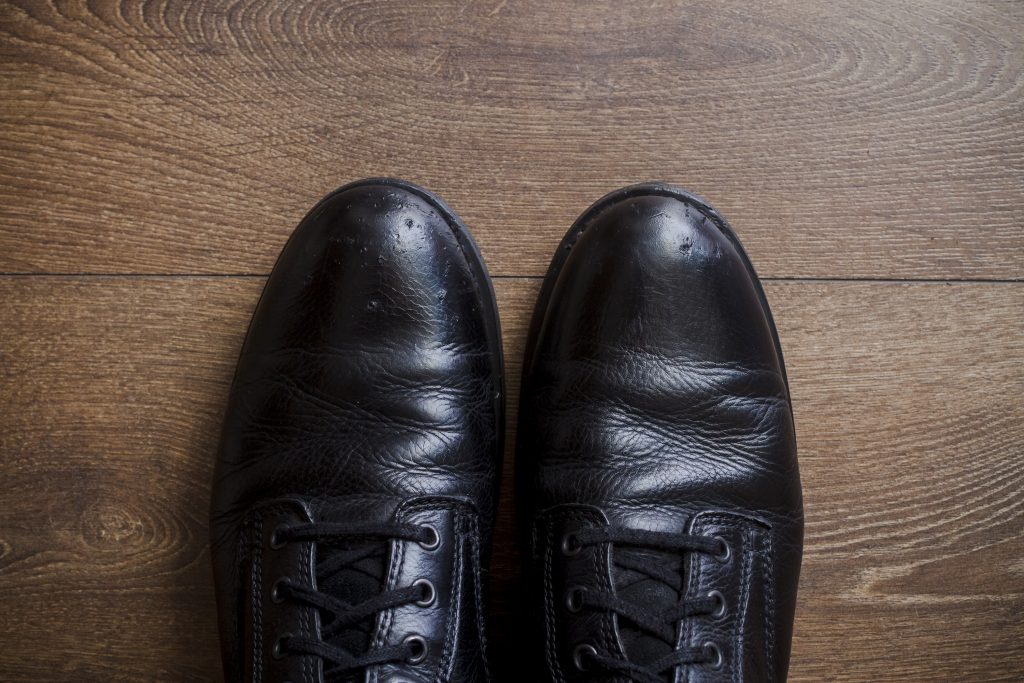 Back in the days before sneakers were considered all-occasion footwear, people used to take a lot more pride in their dress shoes. Having shoes professionally cleaned and polished was normal. So was a practice known as ‘spit shining’. Despite what it sounds like, spit shining is a real thing. Members of the U.S. Armed Forces still practice it today. So do local law enforcement and fire departments.

Spit shining is sometimes known as ‘bull shining’ or ‘bulling’. The alternate terms are more commonly used in military settings, where soldiers feel like they have to bull***t their superiors by offering especially shiny shoes and belts for inspections. It turns out that soldiers take great pride in the shininess of their dress boots.

You see the same thing among police officers and firefighters in regard to their dress uniforms. But even business executives, attorneys, and politicians have a penchant for showing off highly polished shoes that seem almost reflective.

So, what are you actually doing when you spit shine your shoes? You are not really causing the letter to shine; you’re actually polishing the polish. In other words, you put on a regular layer of polish as you normally would. Then, after giving it time to rest, you add more polish on top of that initial layer. The idea is to make each layer of polish shine as brightly as possible.

Anyone who has perfected spit shining can tell you that it’s not easy. It takes a lot of practice to master. It also takes a considerable amount of effort every time you do it. So much so that professional men often invest in waterproof shoe covers so that rain and snow don’t undo all of the work they put into spit shining.

GC Tech, out of Salt Lake City, Utah, says a waterproof shoe cover made with a breathable fabric is best for preserving that spit shined look. Unlike latex or natural rubber, fabric shoe covers do not leave any marks behind.

Spit shining is easy to understand from a technical standpoint. Though mastering it takes practice, the actual process is quite simple. You start by cleaning and conditioning your shoes as normal. Then you apply that first coat of polish and buff it out as normal. Let the shoes rest for 20 to 30 minutes before moving on.

When you are ready to make the shoes shine, you want to dampen them thoroughly. This is where the spit comes in. Soldiers and shoe-shining pros say saliva is better than water, though water will certainly do the trick. Either way, you apply a second layer of polish (thinly) over the damp shoes. Then buff vigorously.

You continue the process of dampening and polishing until you get the level of shine that you’re after. Each successive layer of polish essentially polishes the layer underneath to build shine upon shine.

This post has twice mentioned that it’s tough to master spit shining. The core issue is the thickness of each layer of polish. If you don’t use enough, it’s tougher to get the shine you want. But if you use too much, you can inadvertently dull the finish. Mastering spit shining is mainly about learning how thick to apply each subsequent layer of polish.

Yes, spit shining is a real thing. Irrespective of whether you use actual saliva or water, the process of spit shining results in a high gloss finish that looks pretty impressive. A shine with a high enough gloss can be as reflective as a mirror, if that’s your thing.

How to Dress Trendy and Cheap for the Start of the School Year?

Leather Messenger Bag for Men Women – The Art of Handcrafted

Handy Explains Things to Remember When Looking for Clothes

Learn about the causes and treatments of hair loss with…

Permanent Makeup Services in Los Angeles: What is it,…